Mendana Racing Enterprises and the Nut House Yacht Club of Bay City, MI are celebrating their fifth anniversary of sponsorship heading into the 2016 season. 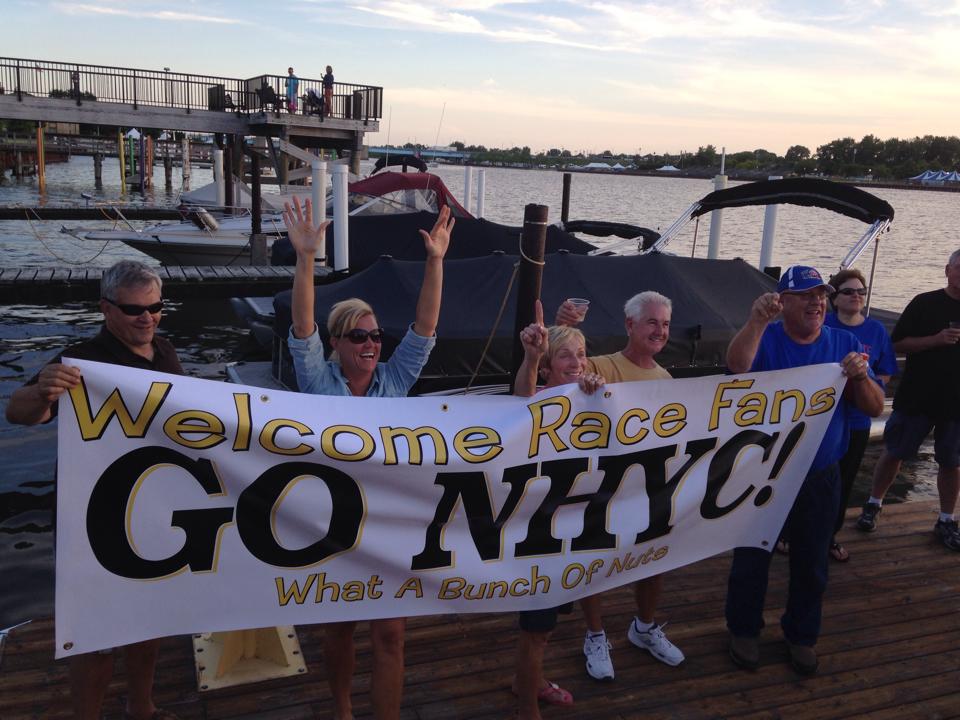 The relationship between the NHYC and Mendana Racing started in 2012. In previous years the club had sponsored the #42 of Shaun Torrente at their home site, the Bay City River Roar. “When Shaun went overseas to race, it seemed logical for our sponsorship to go to the next best option” says NYHC member Rod Pasch. “We had no clue how great of an idea that would turn out to be!”

The first year turned out to be a success for both parties. Carlos Mendana went on to win the Bay City River Roar in the Formula Lights class. That afternoon, an agreement was made by a “roosting”. As soon as Carlos was done washing down the group with the waters of the Saginaw River, the group confirmed to sponsorship for years to come.

The next year, NHYC became a full season sponsor.  Four years later, Nut House Yacht Club still is on every Mendana Racing hull at every event. “It feels like more of a friendship than a sponsorship” says Sean Carolan, “The Mendana Family and crew take time out of their busy schedule to let us be a part of their race and family experience. It's greatly appreciated and we look forward to it every year”

Jose Mendana, Sr couldn't agree more “The entire team looks forward to the NHYC “Barge Party” every year.” “We love the sponsorship, and friendship, from the group at the NHYC”. Mendana Sr went on to add, about the teams travels “From Quebec, to Seattle, to Texas, people constantly ask about the NHYC decal on our boats”. 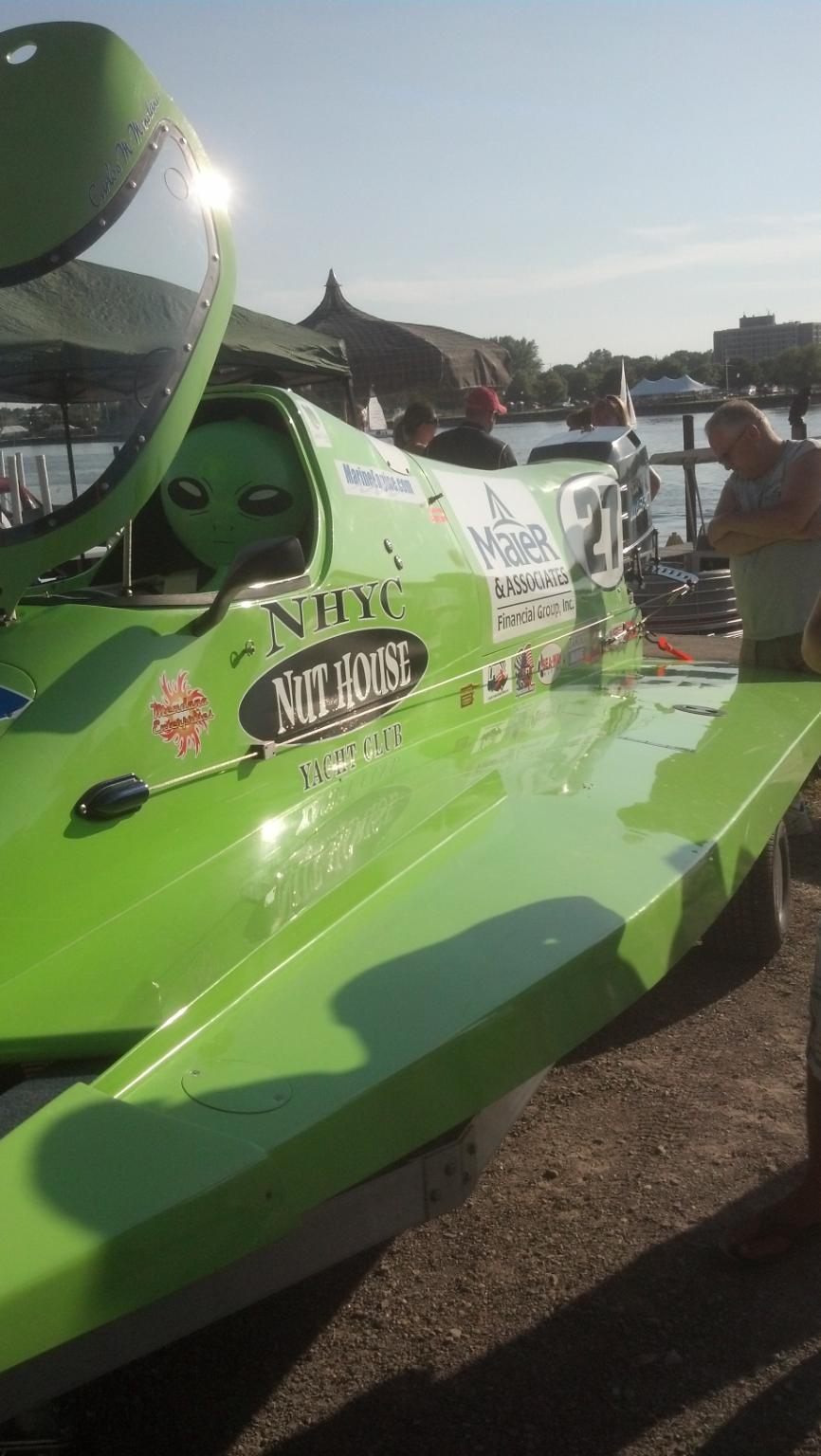 “Supporting Mendana Racing is supporting not only a a long time Bay City event but also supporting a great team, a team comprised of family and friends that are talented and dedicated to the art of racing” adds NHYC's Melissa Beckrow. “In addition, it has been an honor to know and celebrate three generations of racing in the Mendana family!”

The full fleet of NHYC hulls will be taking to the waters of Stone Lake in LaPorte, IN for the upcoming Maple City Grand Prix.  Testing will be all day Friday, June 3rd, with racing action happening all day June 4th and 5th. 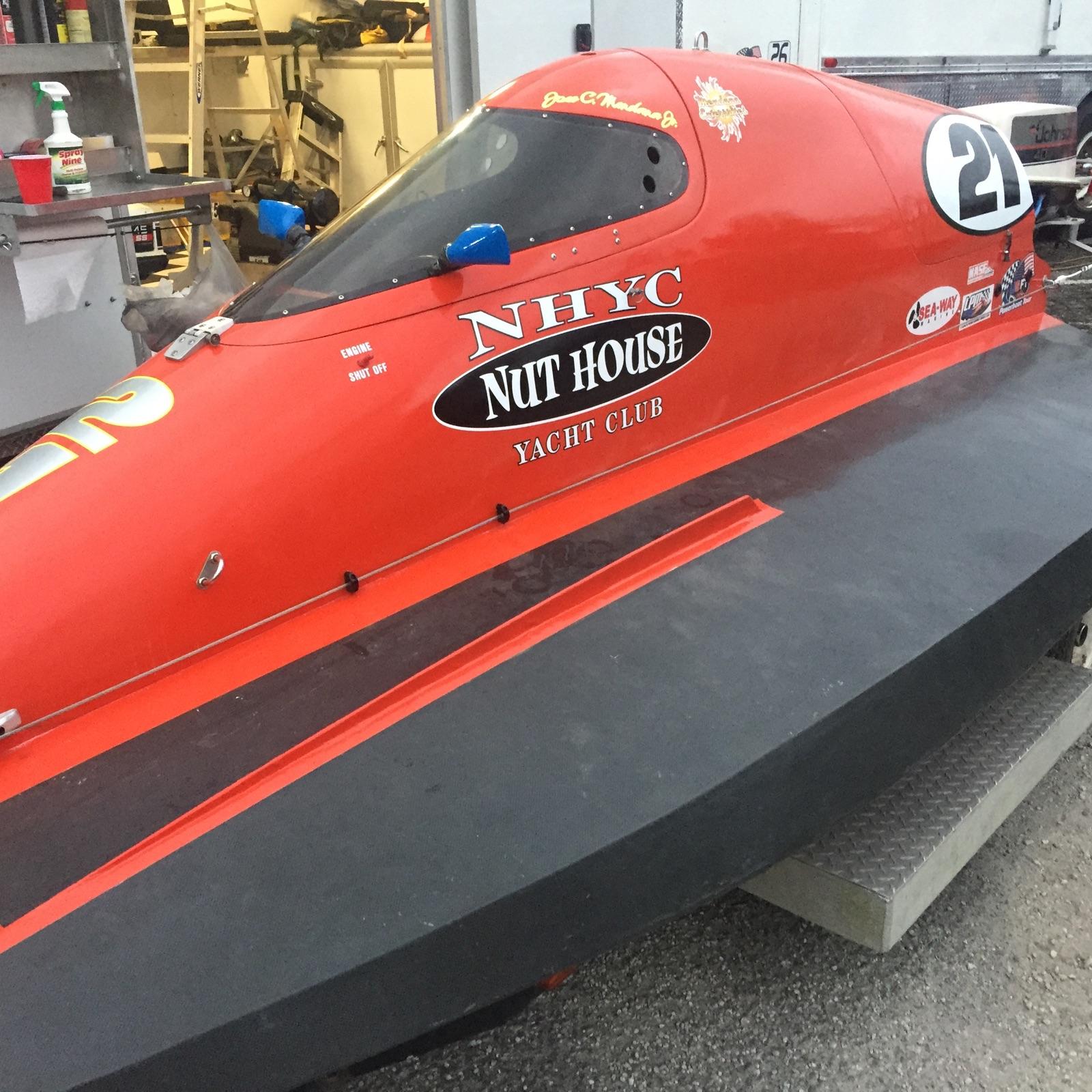