As preparations began on a beautiful Friday afternoon in La Porte, Indiana for the 5th annual Maple City Grand Prix, the Mendana Racing team was excited on a fresh start in 2017.  Both Jose Mendana Jr and Carlos Mendana were entered to participate in both the Formula One and Formula Lights classes which included thirty total competitors in both classes. 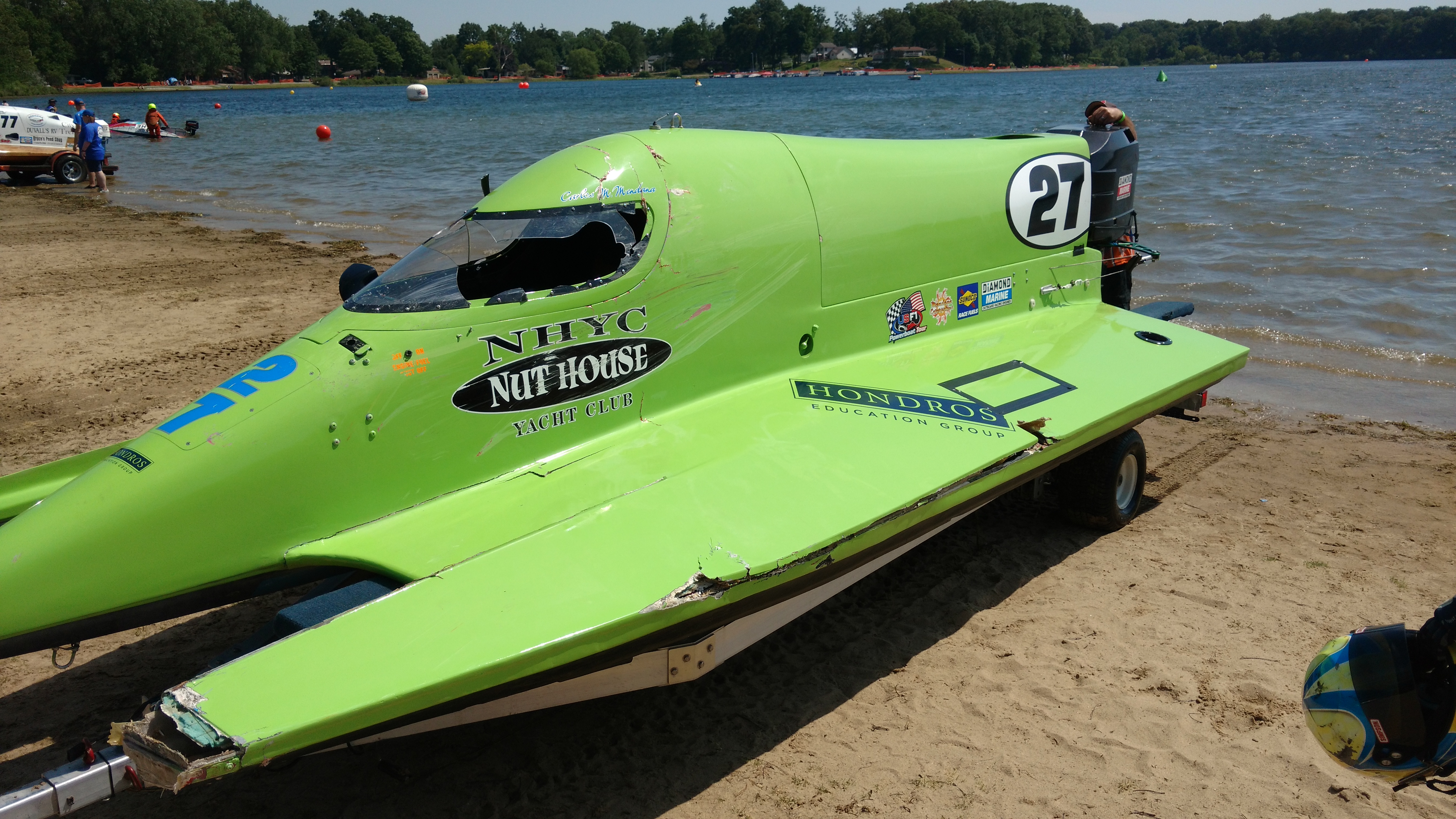 After suffering a blown powerhead in Formula Lights qualifying, Carlos Mendana was involved in a scary and hard accident on the first lap of heat two for Formula One. Contact between David Johnigan and Brent Dillard sent the DAC hull of Dillard to outside and making a direct collision with the cockpit of Carlos' Nut House Yacht Club sponsored Gran Prix. After encountering some difficult pain, Carlos received medical attention and was sent to the hospital and held overnight for observations. Carlos was released Monday morning with a lung contusion and an injured shoulder. Carlos will sit out his next scheduled start at Bay City. His return to the cockpit will be determined later.

Jose Mendana Jr, who put his Hondros Education Group backed #21 Gran Prix in 3rd place in the Formula One time trials and earned the third starting spot for the final event was looking for a podium finish for the Mendana Enterprises crew. A steering failure in the final forced him to bring the boat back to the trailer just a few laps into the feature and finish in the tenth position.  Mendana Jr., however was able to bring the Holeshot Powersports Lee Motorsports Pugh hull home to a third-place finish in the Formula Lights division after suffering trim issues during the final. Mendana Jr. will make his next Formula Lights start at Marietta, OH on July 8-9 and currently sits tied for third in the championship point standings.

The next event for the Mendana Racing team will be at the Bay City Grand Prix on the weekend of June 24-25 where two Gran Prix F1 hulls will hit the water. A driver to replace Carlos Mendana will be announced shortly.