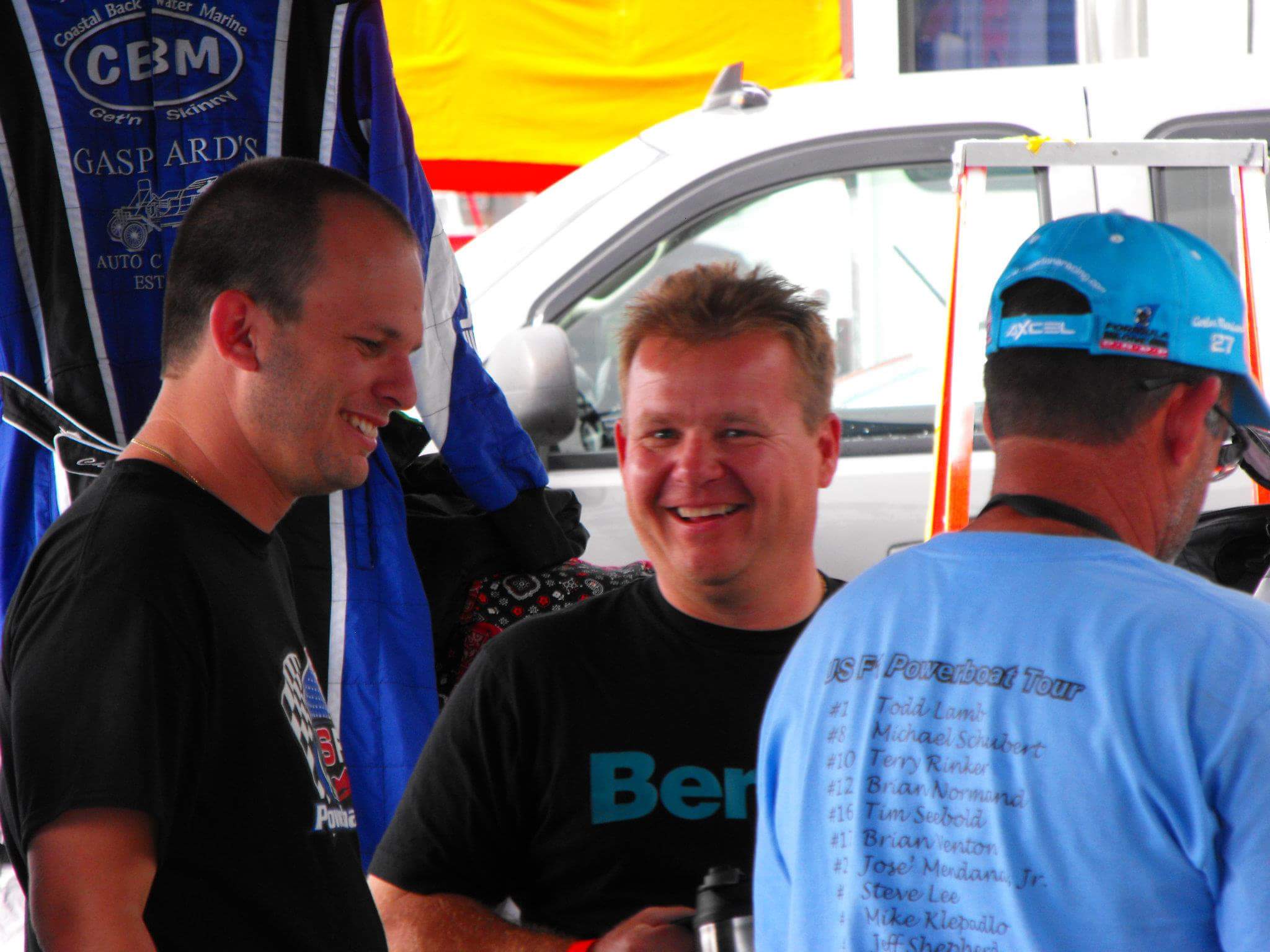 Mendana Racing has announced it will field two Gran Prix F1 boats at the 2017 Bay City Grand Prix with Jose Mendana Jr and Brian Venton as the drivers. Jose Mendana Jr. will drive for Lee Motorsports in the #26 new Gran Prix hull that was built by his father Jose Sr.  The hull made its debut at the Maple City Grand prix with Steve Lee and is now ready for its first rough water test with Mendana Jr. behind the wheel.  With a new Gran Prix hull in the works for 2018, the Mendana Racing team will use Bay City as a learning curve to make necessary changes to the 2018 edition. This will be the fourth different Gran Prix hull for Mendana Jr to make a Formula 1 start in. After a power steering failure negated Mendana Jr to a DNF in La Porte, Mendana Jr looks to bounce back with a strong effort in Bay City in what is expected to be a deep and competitive Formula 1 field. 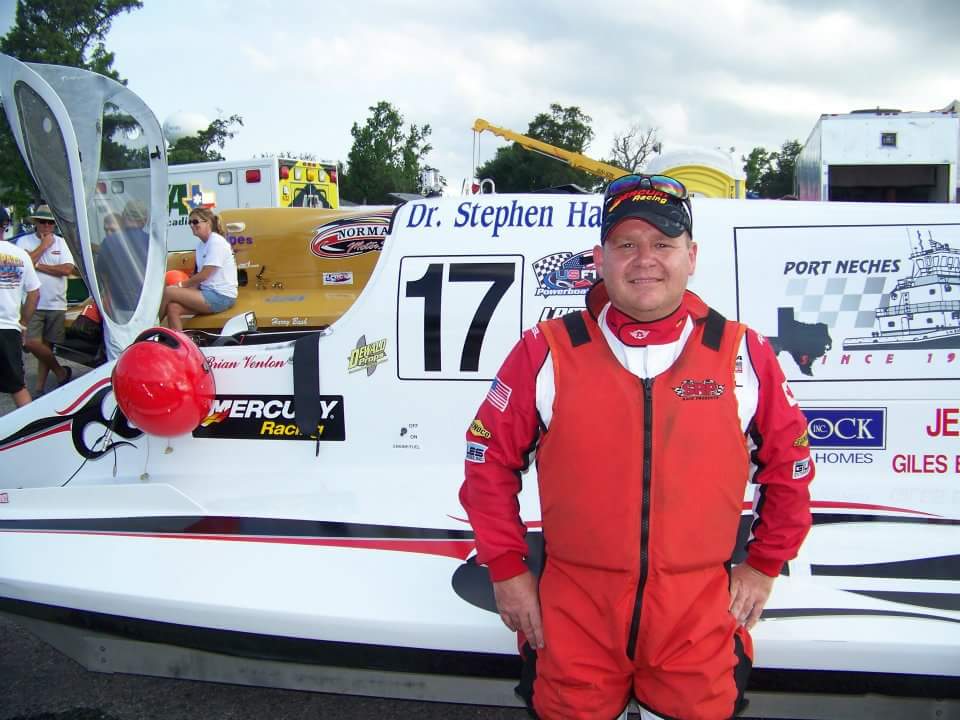 “It is going to be pretty exciting to get to drive a brand-new Gran Prix and even more exciting knowing that my dad built this one continuing Bruce’s brand of amazing race boats." said Mendana Jr. "We are going to give it all we have and try to run up front with it and see what we have.  Steve and Mike Lee have been putting in a lot of time and effort to supply the best engine package and setup for us to contend at Bay City. Having Brian as a teammate for this event will also be a boost to our Gran Prix program. I am definitely looking forward to just being a driver this weekend and focusing on delivering behind the cockpit”. 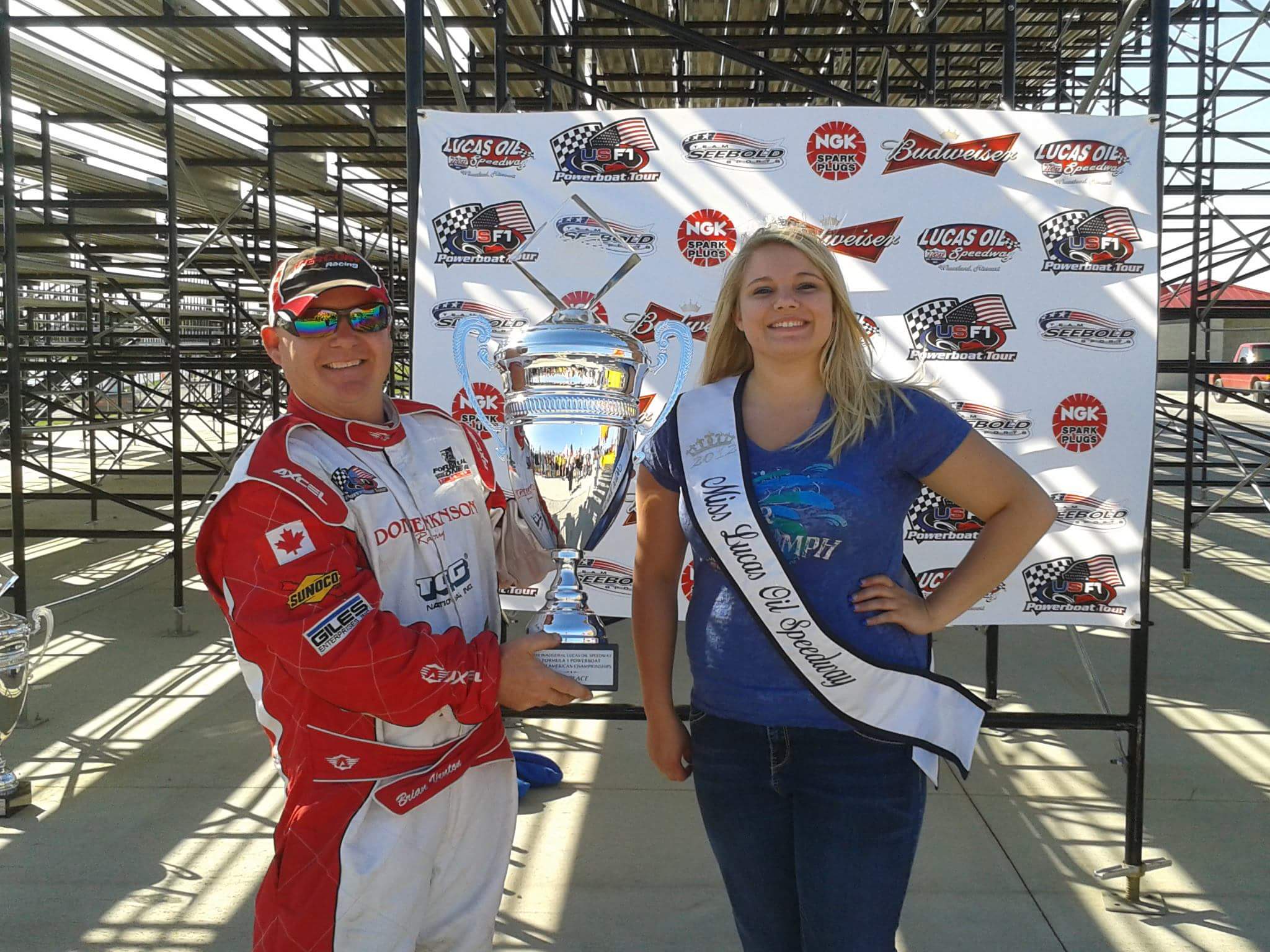 Substituting for the injured Carlos Mendana, Bowmanville, Ontario'sBrian Venton will make his first start since the 2013 season and first start under the Mendana Enterprises banner. Brian will strap into the all blue #21 Hondros Education Group Gran Prix hull that is driven regularly by Jose Mendana Jr. Venton has plenty of experience in Gran Prix hulls after driving one for Don Jenkinson Racing from 2010 to the 2013 seasons where he captured three podium finishes, one coming on the rough and tumble waters of the Saginaw River in 2011. Mendana Jr and Venton will compete as F1 teammates for the first time and look to excel under a new and enhanced motor rules package under the F1 Champboat series.

Venton had the following to say about his plans for the weekend: "I would like to thank Mendana Enterprises and their entire boat racing team for allowing me the opportunity to get back in a race boat after being out of the cockpit for the last four years. After Carlos Mendana’s unfortunate racing incident in LaPorte Indiana two weeks ago, I know the team had some hard decision to make with the 30th Bay City Grand Prix coming up this weekend. I feel blessed and honored that they thought of me to be Carlos’ back-up driver for this race since Carlos is still injured after the incident . I am very excited and enthusiastic to get back in a race boat to see if I still “Got It” ! The last four years, I have been on the sidelines officiating for the USF1 Powerboat Series, so watching boat racing is always tough when you have been a boat racer for most of your adult life. I can’t wait for this fantastic opportunity and I know the Mendana Enterprises racing team will have fun and safe weekend with the plan to be on the podium." 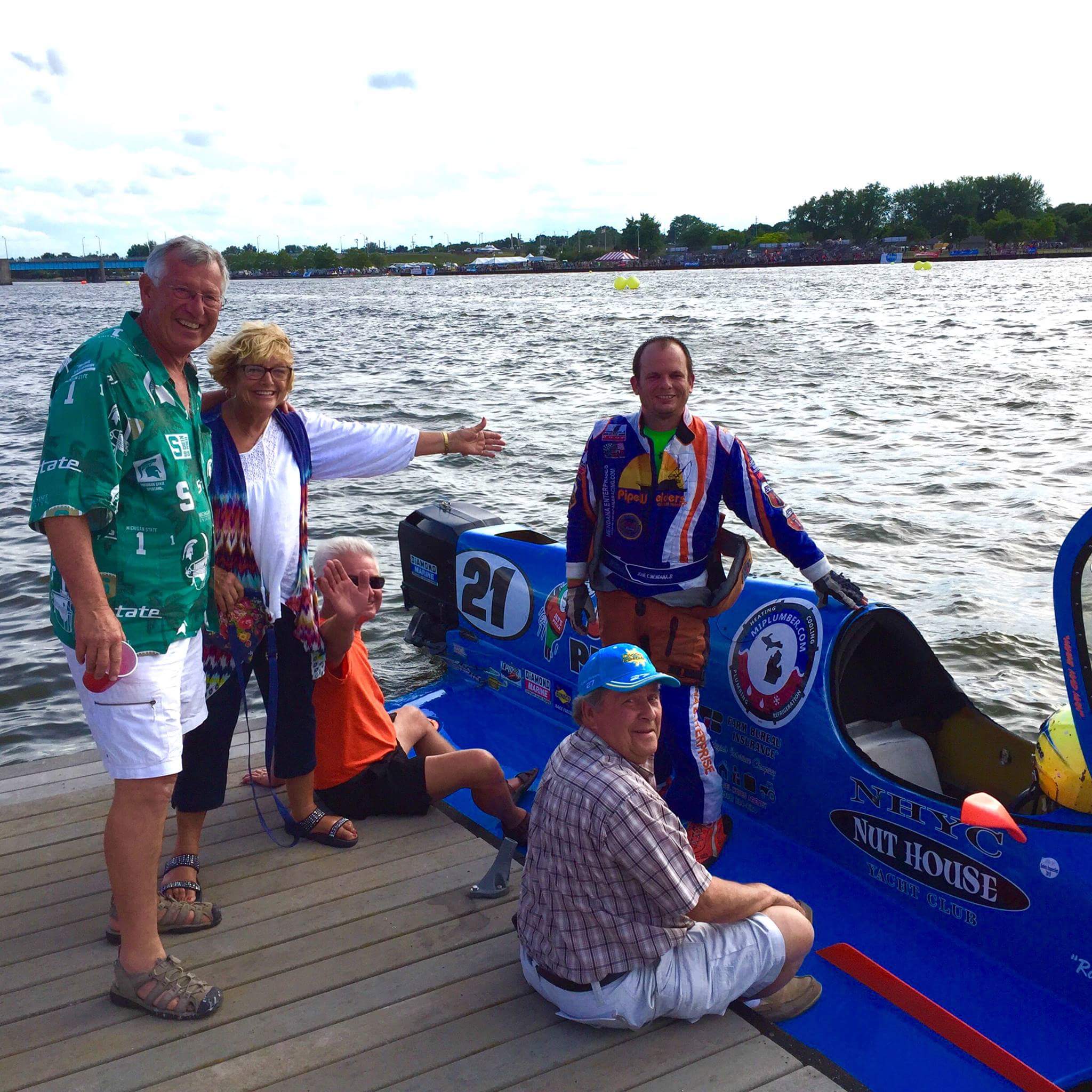 Coming back to Bay City also means the return of additional sponsors, one of which is one of the most recognizable sponsors in all of F1 tunnelboat racing, the Nut House Yacht Club.  2017 marks the 6th consecutive year of the partnership between Mendana Racing and NHYC.  Nestled in the the east bank of the Saginaw River, one would have a hard time finding a better place to watch the race.  "We are literally racing in their backyard!" Mendana Jr said.  "I look forward to Bay City every year because of this group. Their hospitality and friendship is amazing." 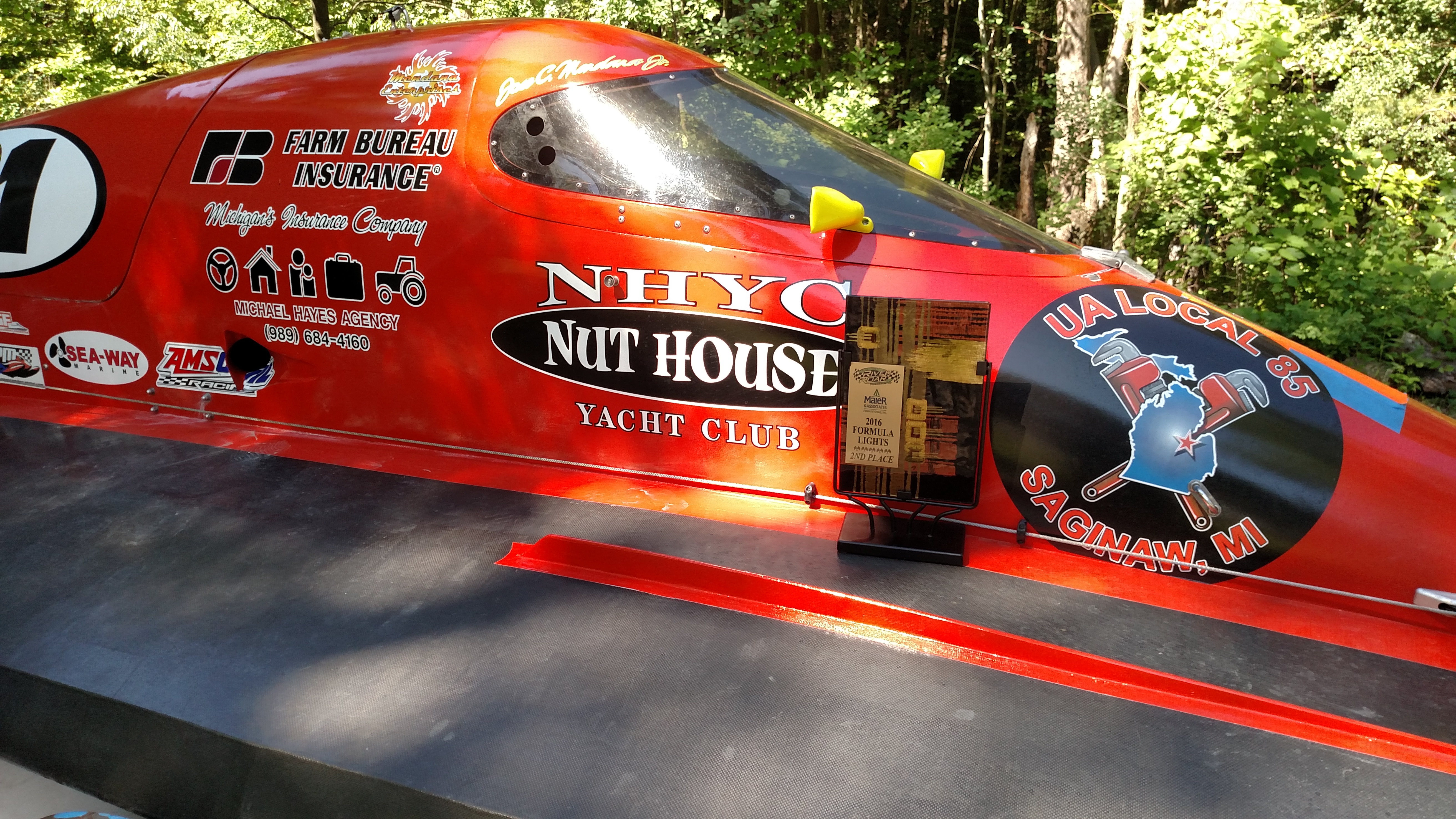 Along with the NHYC, two local sponsors are returning from last year.  Keep an eye out for Bay City's own Farm Bureau-Michael Hayes agency as well as UA Local 85 Plumbers & Steamfitters out of Saginaw.  Jose Jr went on to add "Both groups came through last year and helped us out quite a bit.  I'm thankful that they will let us represent their companies again on the water."  "We put them on the podium last year and we're going to do our best to repeat that result!"

Farm Bureau Insurance - Michael Hayes Agency can be found on the web at www.michaelhayesagency.com

UA Local 85 can be found on the web at www.ualocal85.org