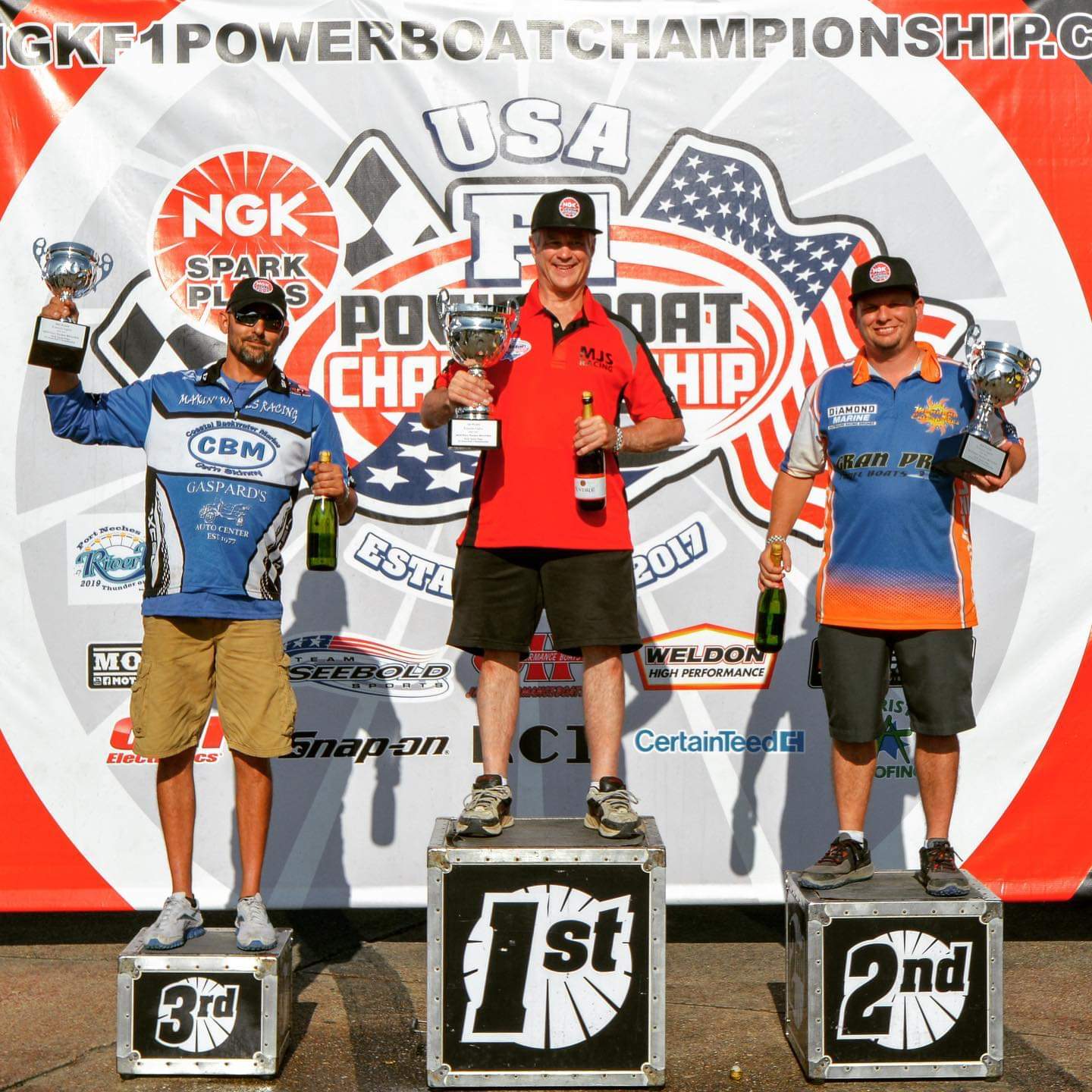 The opening race for the Formula Lights 2019 season with the NGK Powerboat Championship took place on the Neches River in Port Neches, TX. 14 Formula Lights teams showed up to do battle for the Riverfest crown including Mendana Racing driver Jose Mendana Jr. With the absence of Carlos for the opening event, Jose Jr jumped into the #27 Pugh/Fairchild hull sponsored by Nut House Yacht Club, Bay Composites and Green Tree Media.

After a slow start off the start dock, Mendana Jr. settled in to the fourth position for the opening laps.  On lap three he began a six-lap battle with Michigan's Steve Merleau.  As the two began working through lap traffic, a hole opened up off of turn two which allowed Mendana to overtake Merleau for the third position.  Jose was comfortably on the podium for the remainder of the race when, as luck would have it, second place runner Chris Hughes spun in turns three and four on the last lap, enabling Mendana up one spot to come home in the second position behind race winner Mark. Schmerbauch.

"This was a very tough second place finish where we encountered a lot of adversity. To come out of here with a second place, feels like a win for us. We came in to the event with decent expectations that we would have good speed in my brothers boat. After a tough weekend of testing with many gremlins the weekend before, we arrived in Texas with a lot of unknowns of where we would stack up against the front runners. After a pretty good test session on Friday, we incurred nothing but problems in every qualifying heat up until the final and was getting pretty frustrating.The final was the very first time we got a complete clean run in with the boat. The boat drove great, had good speed and real good handling in the chop while getting faster as the event went on. We will take the good points weekend and podium finish and work our butts off for Bay City. Once again, I have to thank my father Jose, and Mike Lee for their extra efforts during the weekend and our sponsors Nut House Yacht Club, Bay Composites Inc, and Green Tree Media."  The up and down weekend leaves Mendana in 4th place in season points, 24 points behind point leader Mark Schmerbauch.

The next event for Mendana Enterprises will be at Bay City, MI July 12-14 as powerboat racing returns to the Saginaw River after a one year hiatus.  Jose Mendana Jr. will return to a familiar territory and perform double duty as he will be competing in both the Formula Lights (#21 Pugh Hull) and the Formula 1 event in his #21 Gran Prix Hull. Carlos Mendana will be back in th seat of his #27 Formula Lights hull. The team will also begin to field a third Formula Lights team starting at Bay City in a partnership with Gran Prix Tunnel Boats.