Jose Mendana Jr wins round of 1 of the Powerboat Nationals series at Branson, MO

After sweeping time trials and the lone qualfiying heat (due to weather), Mendana Jr led all 30 laps of the main event in the bumpy and rough waters on Lake Taneycomo. Mendana driving in his Gran Prix hull sponsored by Mike Scott Plumbind, was able to hold off Thomas Schlarb and Mark Schmerbauch. The victory is the first of the 2022 season for Mendana Jr and his fourth in the last seven races dating back to last season, all under the newly formed Gran Prix Tunnel Boats team.

Carlos Mendana who qualified 3rd for the feature, suffered a DNF after a gearcase failure.

The next event of the season will be back at Branson in June for round 2 of the Powerboat Nationals schedule. 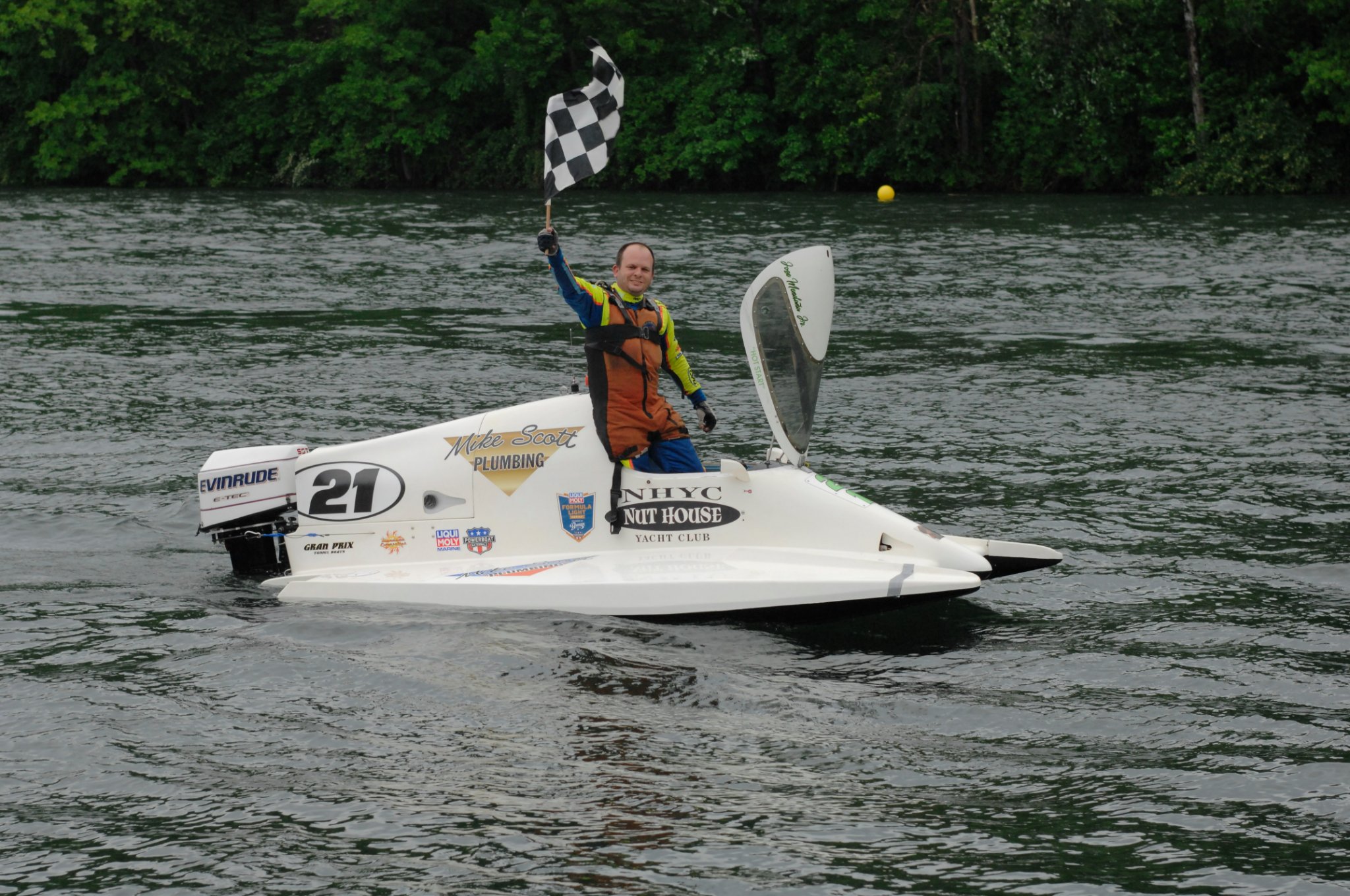