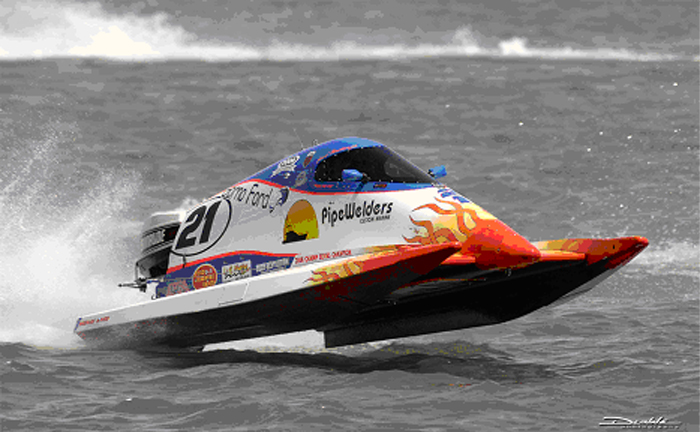 The SST-45 boats are the smallest and least powerful boats in comparison to the Formula 1 and Formula 2 boats. A real drivers class, utilizing the OMC 33.9 cubic inch two cylinder engine on a racing gearcase. This highly competitive class is known to be a great class for training for the large V-6 classes. These boats have been said by many to be the most difficult to drive. Lacking the horsepower, these boats bounce around and are physically demanding on any driver. Powerboat racing icons and most winning drivers started their career in the SST-45 ranks.