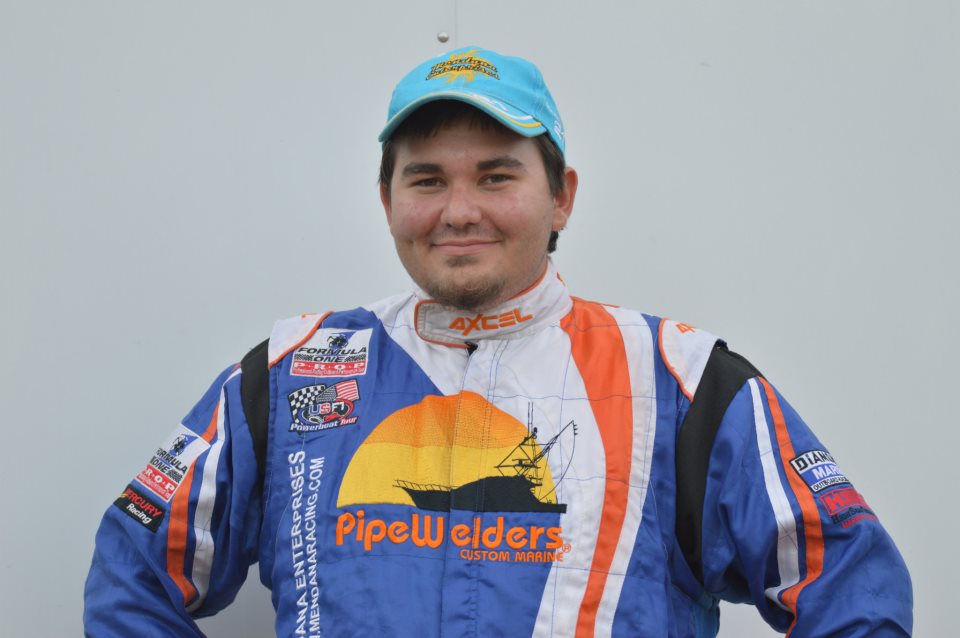 Carlos Mendana made his racing debut in 2011 in the Formula Lights class following in his brothers footsteps. Carlos was an immediate contender and front runner where he finished second in the championship standings and was the Formula Lights Rookie of the Year. Carlos went on to win his first career event at Bay City, MI in 2012 in just his sixth career start.

In 2013, Carlos made the jump to Formula 1 joining his older brother Jose Jr as Mendana Enterprises expanded to a two boat F1 team. Carlos made his F1 debut at Lucas Oil Speedway where he finished a very respectable sixth place running very competitive laps. Carlos then went on ahead to capture his very first F1 podium at the Maple City Grand Prix in LaPorte, Indiana where he finished a shocking third place. Carlos finished his F1 rookie season fourth in the championship standings and earned himself the Rookie of the Year title.